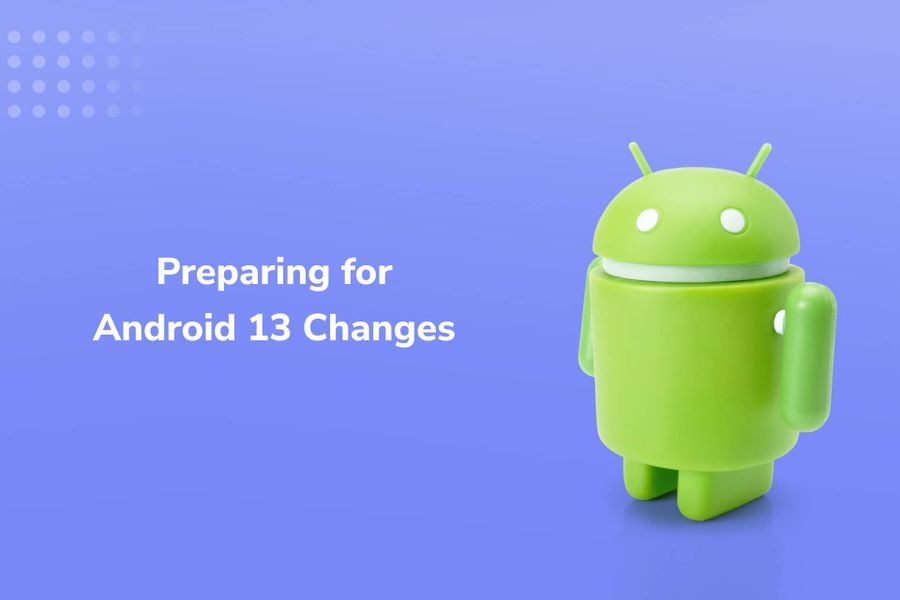 Android 13 “Tiramisu” is steady in the works and is scheduled to be released after Android 12L’s stable launch.

Rumor has it that push notification permissions will change with the release of this new operating system, or OS, update. In the past, Android devices have automatically subscribed users to push notifications from your app without an explicit opt in, unlike in iOS.

With this predicted change, apps could be subject to adapt their Android push notification permission strategy to ensure that their opt-in rates don’t drop. If your app caters to an Android userbase, you should be considering how the Android 13 release will affect your conversations with these users.

If you haven’t already given it thought, here are some reasons you should care about Android OS updates.

The first Android 13 Developer Preview has been released as of February 2022. A second developer preview release is planned for March, followed by the first beta release in April, the second beta in May, and a final release slated for August or September.

According to the preview…

It’s worth noting that the initial developer preview doesn’t list changes to permission prompting. The features and changes list doesn’t include notification permissions at all. However, the chances are still high that the final release of the OS will incorporate opt-in prompting.

In considering changes to permission prompting on Android, the other caveat is whether or not apps will need to be updated to support the new operating system upon its release. Even after the release occurs, the update would only affect apps targeting the Android 13 API (level 33) or higher.

For context, Google began setting a minimum API level for apps in 2018, which requires developers to support new features and restrictions as they’re released. Over the past few years, Google has bumped up the minimum API requirement on an annual basis. Currently, developers must target an API level of at least 30, or Android 11. Given the trends of the past few years, the new permission changes wouldn’t widely impact Android users until Google raises the mandatory API level to 33, meaning developers and marketers targeting API levels 32 or lower will have more time to adapt their best practices.

Nonetheless, developers and marketers alike should prepare for a potential change to push notification permissions. Traditionally, app marketers catering to Android users haven’t needed to worry about requesting user permission to send push notifications. Users were automatically opted in to receive these messages from apps. Instead, developers and marketers focused primarily on discouraging Android users from opting-out by ensuring the right quality and frequency of their messages.

With Android 13, all of this could change..

How would the New permissions requirements work?

Let’s go over Android 12’s treatment of push notification permissions. With this version of the operating system, users can enable or disable notifications on a per app basis in “Settings. “

By contrast, Android 13 would require apps to hold the new POST_NOTIFICATION runtime permission. This opt-in process would make your push strategy with Android users comparable to your strategy in getting iOS users to agree to notifications. Early leaks of the release show prompts not unlike those we see on iOS devices.

All that  said, let’s get into how these changes will affect your push permission prompting strategy.

It’s time to get ready to prompt your Android users to subscribe to push.

Luckily, there are some reliable ways you can improve your opt in rates if and when these Android permissions changes occur.

Don’t blast your users with permission requests right off the bat. Unfortunately, it’s hard to undo a bad first impression, and asking too aggressively risks driving users away. Often, it’s best to delay your opt in request until users understand what your app's about and how its functionality can be enhanced with push.

2: Use a Pre Permission Prompt

When asking for push notification permission, a pre-permission, or “soft” prompt is an excellent option. You can create pre-permission push prompts as in-app messages, which you can stage to appear before a native prompt and provide users with the context they need to make an informed opt-in decision. Learning how to create compelling permission prompts will improve your push notification opt-in rates and result in a more seamless user experience.

3.  Explain the Value of Opting In

As you’re asking users for push permissions, you’ll want to communicate the value your notifications can deliver. You can also set their expectations around the purpose, frequency, and content they’ll receive upon subscribing. The more clarity you provide around your notification content, the better. For example, you might say “We’d like to send you notifications so you can track your order from start to finish” when prompting users to opt into messaging from your food app.

4. Track Your Opt-In Rates Over Time

When you consider your opt-in rates, remember to compare yourself to industry benchmarks. For instance, social media and travel apps generally have higher opt-ins due to the nature of their functionality.  Average opt-in rates can also vary widely by region, so pay close attention to these factors when evaluating the success of your permission strategy.

On January 27, 2022, Apple seeded the first Beta launch of iOS 15.4, featuring several updates— including one that we've been looking forward to for a long time. Learn more about the latest support for iOS web push.

Live Activities is now available in the Beta 4 version of iOS 16. Learn more about this new Apple feature, use cases, and our plans to support it.