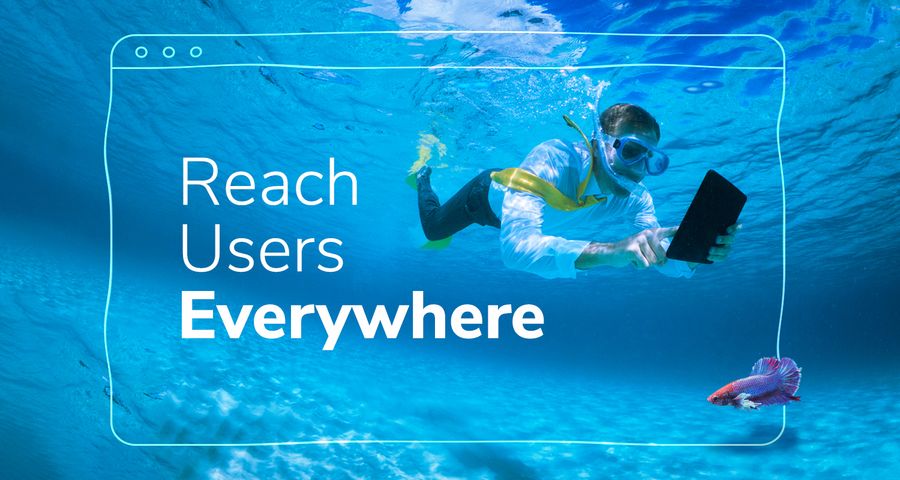 With new technology comes new ways to reach out to users. While email was once the channel of choice for marketers, new technologies such as push notifications have proven to be a more efficient way to reach consumers.

OneSignal, the market leader in push, has over 1,00,000 marketers and developers using its platform and sends over 8 billion push notifications a day. Modern day companies are consistently switching over to push notifications as the new way to engage with their users.

But what happens when a user disables their push notifications?

OneSignal’s In-App Messaging is a tool that allows for marketers and developers to message their users inside their apps. Even if someone had unsubscribed from push notifications before, with in-app messaging one can still send messages to people whenever they have the app open. This creates a direct line of communication to the user which could prove to be invaluable for stronger retention rates.

With in-app messaging, companies can improve the user experience for the people using their apps. OneSignal’s powerful in-app messaging offers a variety of ways to communicate the value of an app and help convince users to continue to come back.

For example, envision a mobile gaming company. The success of their games depends on the number of active users returning to play their game every day. By using triggers (a feature of OneSignal’s In-App Messaging) mobile game developers could queue in-app messages for gamers. These in-app messages can reward people for reaching certain milestones within the game which feeds into their sense of accomplishment and gets them coming back for more!

In-App messaging could even be used to ask users to leave favorable reviews for apps on their device’s respective app stores. With OneSignal’s in-app messaging tool, developers could have their in-app messages trigger after a certain amount of time. These messages can ask for users to leave a review if they’ve been having a good experience. More reviews equals better standings on app stores which generates even more opportunities for marketers to generate momentum.

While push notifications are leading the way towards new marketing strategies, in-app messaging has proven to be just as effective. Communicating with users has never been easier, and developers continue to move towards more direct ways to engage rather than hoping for someone to open an email. With push notifications and in-app messaging overtaking email, why not go for a market leading platform that has both?

We’ve added many new features and improvements, making it even easier to connect with their customers. Here's a look back at our top releases this year.

We’re excited to announce that we're one of the first companies globally to release support for Live Activities. With OneSignal, what previously would take months of development, will now only take a matter of hours.

We’ve been listening to your feedback and investing in continuous enhancements to our product. Our latest improvements promise to help you do more in less time.