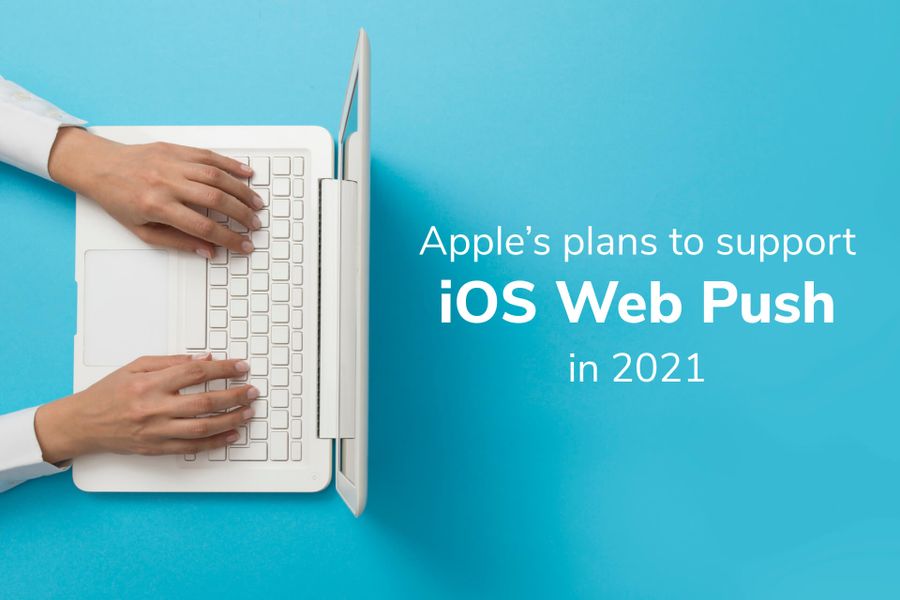 The Future of Web Push

Web push is now an increasingly mature channel, with over 10 percent of all top websites having adopted this powerful technology to engage with their users.

Nevertheless, Apple still lags behind other browsers and operating systems and does not yet support web notifications on iOS.

Over the years, we at OneSignal have continued to follow trends in the evolution of web push, and in 2020 we shared our previous predictions on when Apple would introduce support for this valuable channel on the iPhone.

Who is Using it?

Web push has continued to expand as a channel in both its adoption and in its capabilities. Today, hundreds of thousands of websites and progressive web apps use this channel to notify users about new messages, upcoming calendar events, or new products that have come on sale. Browsers such as Chrome and Firefox have also taken measures to reduce notification spam, making web push a trusted and reliable channel for millions of people worldwide. Google Chrome also supports web push notifications on Android devices.

The demand from developers and marketers for Apple to introduce web push on iOS and in Mobile Safari has only grown over time. Over 110 people are following the feature request in Apple’s Bug Tracker for the Webkit Browser Engine, which powers Mobile Safari and all other browsers on iOS including Chrome and Firefox for iOS. There’s also a petition that has been signed by over 6,000 developers and marketers asking Apple to implement web push notifications on iOS devices.

It is unclear if and when Apple will implement support for web push for iOS, but we continue to be optimistic for change.

In a recent lawsuit filed against Apple by Epic Games, Apple CEO Tim Cook suggested that the web offers a viable alternative distribution channel to the iOS App Store. This statement was met with skepticism from those who have been unable to use features like push notifications for their websites on iOS.

In his rebuttal of Apple’s defense, Alex Russell, Partner Program Manager for Microsoft’s Edge Browser and former Googler who has played an influential role in advocating for web standards, shared that “Safari has been falling further and further behind in implementing web APIs, which make specific technical features available to developers. Safari is now something like 1000 APIs behind Chrome, double the gap measured in 2016, and 300 or so behind Firefox.” Russell specifically called out Push Notifications as one of the largest missing APIs in mobile Safari.

In the wake of these recent proceedings, we believe that Apple intends to credibly claim that the web can be used for app distribution, and thus they are more likely to begin introducing features that developers like Russell are demanding.

Unfortunately, the timing for when Apple will actually introduce iOS web push support is still uncertain. Our hope is that increasing pressure from developers will have an impact in convincing Apple to devote more of their focus to supporting modern web platform features including push notifications.

What Businesses Should Know

Businesses and developers who are considering using Web Push shouldn’t let the lack of iOS support stop them. Web Push is supported on nearly every other browser, including Chrome, Firefox, Microsoft Edge, and even Safari for macOS.

To reach iOS users, businesses can choose to build a mobile application and send mobile push notifications or leverage other channels like SMS or Email as an alternative. OneSignal offers all of these channels under a single platform, so developers can make sure they’re reaching their audience on the best channel possible.

To learn more about what popular devices currently support push notifications and other communication channels, check our comprehensive article on the State of Notification Support Across Popular Devices in 2021.

OneSignal is designed to help you send notifications and seamlessly manage your user communication across every channel, including mobile push notifications, web push notifications, bulk SMS, in-app messaging, and email. Our platform is quick to set up and makes it easy to customize and automate your messaging strategy across the web, iOS, Android, and other devices without doing any development work. If you don't have a OneSignal account, you can create one for free and start sending push notifications today. Don't take our word for it — sign up and see for yourself!